Dr. Alexander Karasev, the SKENAR inventor, the Head of LET Medical Research Laboratory in Taganrog, Russia, and a Master Designer of more than 50 models of SKENAR devices, is probably the most mysterious figure in the SKENAR World. “The Father of all SKENARs” seriously dislikes a spotlight considering it an interruption in a creative process.

I, however, believe that energy medicine devices of such level of complexity as SKENAR and, especially, COSMODIC ®, which are almost living systems in their own rights, inevitably carry an imprint of their designer’s personality. And you deserve to know whose genius is behind that small electronic wonder-device that creates healing miracles for you, your family and your clients every single day. Hence, this article.

And if you think, it is going to be another “feel good” positive dedication, IT IS NOT. In the end, it will not make you feel good at all. Keep reading, if you dare.

That’s what I wrote about Alexander Karasev in “The SKENAR Fair” back in 2005.

“If I’d be capable of envy, Alexander Karasev would probably be the person I’d envy the most. He lives in the world that many of us only dream of – he is a free creator. He does not allow anything to stand in the way of his creativity (which often requires a serious attitude adjustment), and his outlook on life is amazing.

Alexander Karasev is a non-conformist, a free spirit: “That’s who I am and that’s what I do, and if you don’t like it – it’s your problem”. How many of us allow ourselves to be the same way? That’s why at times it’s so difficult for us to understand Karasev’s logic – and for him to understand ours.

For example, many wonder why LET Medical still didn’t obtain any certification for their excellent SKENAR products outside of Russia. The answer is blatantly simple: because they don’t bother. Too much energy needs to be invested in it, too much time, which can be spent more efficiently on R&D.

In ALexander Karasev’s case, this word combination actually carries its original meaning; LET Medical is a research laboratory, not a manufacturing plant. There is more on the drawing board there than you can imagine, and it is not all about SKENAR or even COSMODIC ®. Of course, they need to do some business to survive, but PROFIT was never a primary motivation for Alexander Karasev. Money has the relative value to him: it is needed to buy freedom to bring his inventions to life and deliver them to people – that’s all.

What else is the money for? Power? Alexander Karasev couldn’t care less about power. Fun? But for him, ‘fun’‘ and work’ are synonyms; his Monday starts on Saturday. Guess where the best place to catch him at midnight is? Correct, in his lab. At midnight on holidays? Correct again, in his lab.

Alexander Karasev is not what we call ‘normal’, he is what we call ‘extraordinary’, and I presume that it is difficult for him at times to function in the ‘normal’ world…”

I still mean all I wrote in 2005. Absolutely. I also can add a few interesting details to it.

For example, did you know that Alexander Karasev is not only a certified electronic engineer but also an MD (OBGYN, to be exact)? Or that he is also a scuba-diving instructor, passionate photographer, mountain climber, and even has his own body-art theater? Yup, just like that. He makes magnificent skin-dresses for his models from surgical glue and some colorful composites – and for his beloved wife of 30 years he created a fantastic dress with no stitches…

Dr. Alexander Karasev is an INVENTOR.

That’s what he does – and that’s what he wants to do. In his own words, “I only do in life what I like to do”…

“Opponents are not enemies. Life would be boring without them. It is like running a distance alone. You don’t know how fast you are running; there is no motivation to run faster – and there is no reason… Thanks to my opponents, I constantly move forward.”

No, Alexander Karasev is not what you’d call “a mad scientist”. He is very much a realist that lives in a real world… he just does not like this world to interfere with the creative process.

He actually managed to preserve his creative energy pretty successfully… until recently.

Somehow the “love your opponents” attitude was not reciprocated. The opponents (and former colleagues) quietly went behind Alexander Karasev’s back and trademarked the very word “SKENAR” – first in Europe, then in the USA.

One may ask, how is that possible? “SKENAR” does not belong to anyone in particular; it is the word that defines the entirely new field of science and not just a particular device; it has been used everywhere for the last quarter of a century; SKENAR BELONGS TO EVERYONE!

That’s what we thought as well. Oh, that blissful ignorance of creative geniuses…

Alexander Karasev’s opponents found the way (the entire story is beyond the scope of this article). And now the creator of SKENAR is being threatened by court actions for using the name of his creation on the web. His distributors’ sites have been shut down. His entire business structure is in jeopardy and there is not much support for inspiration and creativity anymore…

Is the SKENAR world going to lose the driving force behind the SKENAR evolution? Is the world at large going to lose some amazing healing discoveries due to enormous personal ambitions of small minded but vicious business predators?

I told you, this is NOT a “feel good” story.

“He (Alexander Karasev) is a visionary, a dreamer, in the good sense of this word. Your dream always has to be bigger than you, to seem impossible – then it will come true. If you know exactly how to fulfill your dream, it is not big enough.

Dr. ALexander Karasev would always say that he does not calculate his SKENAR devices, he just builds them, sometimes putting together something that theoretically cannot and should not work – but, quite mysteriously, it does. I think he intuitively taps into some forces that lie beyond our current scientific knowledge, and they take over, springing life into his creations. These forces get unleashed because Alexander Karasev has a BIG dream, a vision, and a mission – and when these conditions come together, all you have to do is to make the first step – and then go with the flow. As Napoleon would say, ‘let’s first get us into the battle, the rest will take care of itself”.

Well, it looks like this time Napoleon’s principle is not going to work. The situation is not going to take care of itself, and Alexander Karasev has some battles to fight to protect his vision and his dream, his team and his creations, and all of us from yet another attempt to stop the progress of one of the most important sciences – the health science.

And if you are reading these words, think what YOU can do to help SKENAR become free again. It is not only Alexander Karasev’s – it’s everyone’s business. 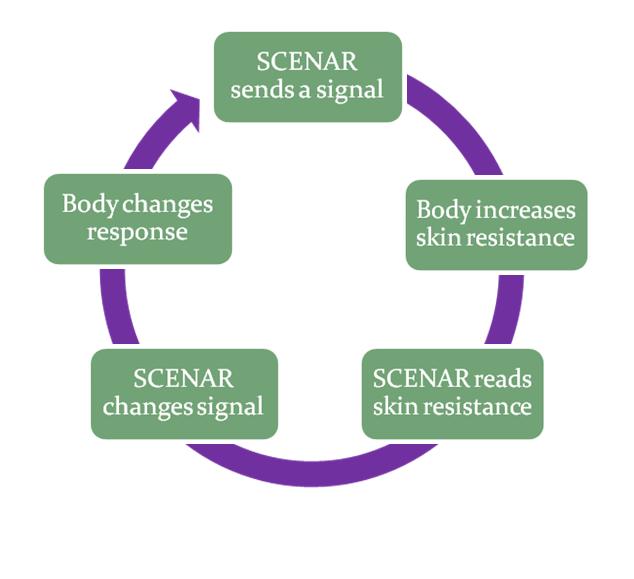 COSMODIC DevicesCOSMODIC EvolutionCOSMODIC News and EventsCOSMODIC TECHNOLOGIESCOSMODIC TrainingHow COSMODIC Work
LET Health
7th February 2018
Even though the SKENAR and COSMODIC technologies have been around for more than 30 years and by now have a proven record of high efficiency and amazing regenerative powers, they are still very much an enigma. No one actually knows exactly how SKENAR and, especially, COSMODIC work – and their creator Dr. Alexander Karasev from…

COSMODIC News and EventsCOSMODIC ProtocolsCOSMODIC THERAPYCOSMODIC Training
LET Health
17th February 2018
“Pirogov’s Ring” is one of the most powerful SKENAR techniques to influence the Immune System eliciting the Relaxation Response at the same time. It came from the classical Russian SKENAR school and is named after a prominent Russian scientist of the 19th century and a famous surgeon Nikolay Pirogov. The “Pirogov’s Ring” is invaluable when…

COSMODIC ResultsCOSMODIC THERAPY
LET Health
7th February 2017
DR. YURI’S INDIVIDUAL RESULTS OF SKENAR THERAPY.   Dr. Yuri Gorfinkel (left) and Dr. Alexander Revenko (right). The name of Dr. Yuri Gorfinkel is well known to any SKENAR practitioner anywhere in the world. To many of them he was a teacher, to a few he was a friend. Dr. Yuri is a legend of…